This review has also been published at www.itsallaboutcoventry.co.uk.

The Bull's Head in Meriden's claim to fame is that it is situated on the exact centre of England. This is marked by a sign outside displaying how many miles it is to various cities and, according to my fiancé, there is a spot inside the pub which is meant to be the actual central spot of the country, but the place was too packed full of bodies to go searching for it, so instead we sat at a table content that we were somewhere very close to it.

It was a busy Saturday lunchtime at the Bull's Head and we had wandered in a bit aimlessly trying to work out if we ought to wait somewhere to be seated or if we should grab our own table. A waitress must have noticed us looking lost and answered our question before we even asked it, informing us to find ourselves a table and someone would be along to serve us.

The speed of service was quite impressive considering how busy they were; we did have to wait for about 20 minutes for our mains to arrive after our starters, but we were kept informed of the wait and received several apologies from waiting staff.

The Creamy Mushroom Gratin with a Cheese and Herb Crust starter was reasonably priced at £4.75 but hardly spectacular. I failed to understand the 'crust' part of the description, as mine was mostly just soggy and rather bland. I've certainly had better, but at the same time it wasn't awful and I'd probably eat it again without putting up too much of a fight. 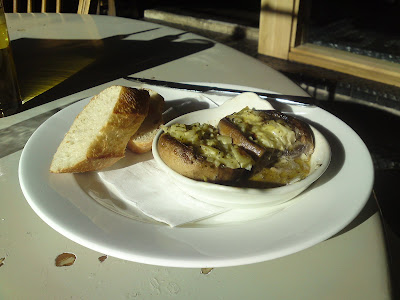 My fiancé had bread and olive oil rather than a proper starter and he praised the bread as being particularly good. 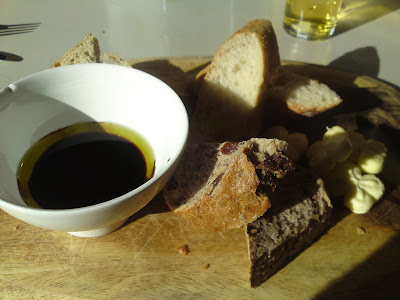 The main meals were somewhat more impressive, however. My fiancé, ever the meat connoisseur, went for the mixed grill (£14.95) and it was certainly one of the most well-presented and tastiest mixed grills I have ever seen. It included steak, gammon, lamb cutlets and hand-cut chips. His one complaint was that his steak was a little overdone (he had asked for it medium-rare). 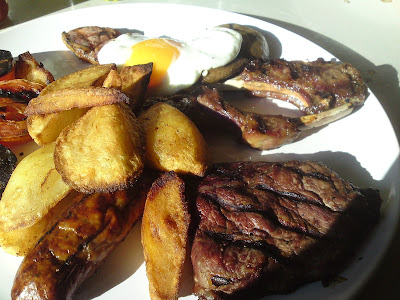 I decided to have the Venison Steak (£13.95) while it's still in season, which came served on a bed of root vegetables, mushrooms and bacon and served with seasonal vegetables on the side (carrots and broccoli). The sweetness of the roasted root vegetables complemented the meat very well, and the saltiness of the bacon and mushrooms made for a scrumptious flavour combination. The sweetness was a little overpowering at times, but on the whole it was a very tasty dish. 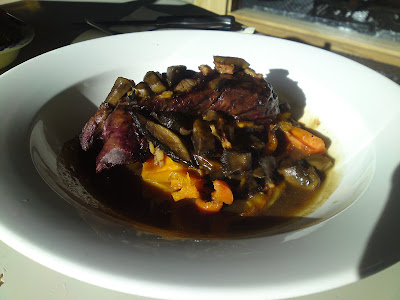 I have yet to be asked in a restaurant how I like my venison steak and it always comes well-done; having some pink left in the meat is much more agreeable to my palate. I can't be the only one.

We saw some delicious-looking desserts whizzing past our heads, but we were more than sated by the food we'd already had, so decided to call it a day. I'd happily visit again if we were passing but feel I'd be unlikely to make a special effort to go. It's a perfectly good pub-restaurant, but not special enough to make it onto my list of favourites.
Posted by Charlene at 15:22