While on holiday in Italy we had hired a car (an Alfa Romeo 147, no less! Fortunately, it didn't break down; but both headlight bulbs did fail one day apart), and we used the opportunity to drive to Bardolino. Bardolino is a big wine producing region (we knew we were in for a treat when driving through rows and rows of vinyards on the way to our hotel from the airport), and we visited the Wine Museum there.

It was really cool getting a glimpse of the factory floor and seeing all the wine being bottled. Mmmm, wine... 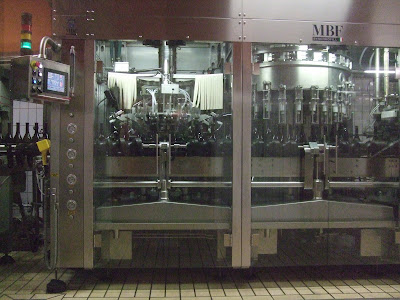 It was also really cool seeing some of the equipment they used to use for wine-making in days of yore. 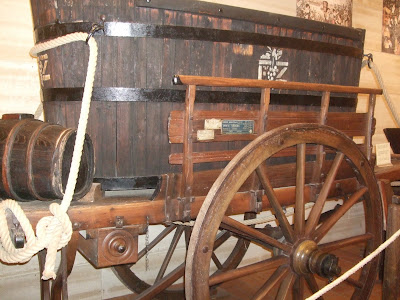 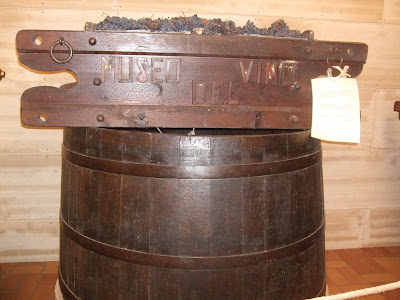 That's one of the barrels they used to use to crush the grapes with their feet. I always thought that looked like fun: it reminds me of that episode of I Love Lucy.

After the wine museum, there was the shop, where you could taste and buy wine. I tasted some wine, during which my fiancé felt the need to point out that there were pots you could spit into or pour the rest of the wine out the glass - "You don't have to neck it down," he helpfully explained. I just looked at him incredulously.

The best thing about the shop was the prices. You could buy really good quality wines for dirt cheap prices. There were also some massive bottles on sale, should you feel the need to own a ridiculously large bottle. 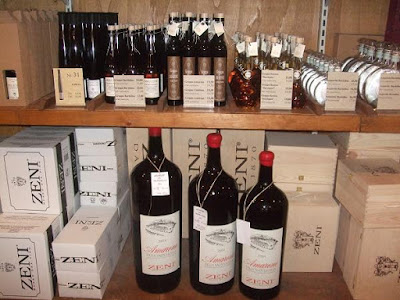 I went for something a little less excessive, but as you got better deals the more wine you bought, we ended up buying six bottles of the stuff. Fortunately they also sold polystyrene 'flight cases' for wine to keep the bottles in tact in your suitcase, which worked a treat. This is the one we bought: 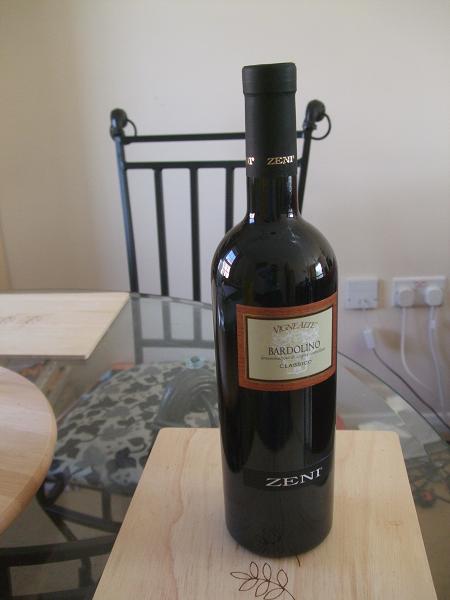 It cost less than £25 for six of those and it has won awards and everything and I can vouch for the fact that it is very nice.

The only thing the winery was lacking was the capacity to deliver overseas: we would have happily purchased more bottles (especially at those prices), but were limited by what we could reasonably transport home. We already had to buy another bag as we had not banked on buying anything that bulky!

A few wines from Zeni winery can, however, be purchased from two suppliers in the UK: Averys of Bristol and Tanners Wines in Shrewsbury. Just remember to drink responsibly and never ever spit out free, good quality wine. Because that's just a waste.
Posted by Charlene at 16:46