The nice people at Very Lazy recently sent me some of their Very Lazy Posh Sausage Casserole to try and review. 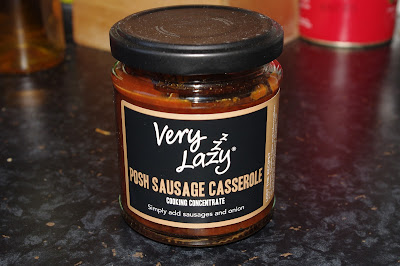 Now, I'm not usually a fan of sauces that come in jars, but as you're aware I haven't been too well recently and haven't been able to cook so much, so I thought this would be a good opportunity to try something new that may well fit with my lifestyle.
It certainly was pretty easy to make. I followed the instructions and fried the sausages (I used 6 rather than 8, as there were only 2 of us), even though I normally oven cook sausages (I prefer them that way - plus, it is easier than poking sausages round a frying pan!). I cooked them well in the frying pan before transferring them to a casserole dish because I am always paranoid about undercooking things like sausages.

I then chopped an onion and added it to the pan with the concentrate - I thought it smelt a little weird; not unpleasant, just a little strange. Probably because the sauce is concentrated, so it smells quite powerful.

I added the 200ml water and then poured the sauce and onions into the casserole with the sausages. It didn't look like very much considering it is meant to serve four people. It does say on the packet to add more water if you want more sauce, but I wanted to follow the instructions exactly for the purposes of this review - and as there were only 2 of us eating it, I didn't think I would need to add more.

It then went into the oven at 180C for an hour, as instructed. It didn't say whether to put a lid on or not, but I did because I didn't want what liquid was there to evaporate. When it came out it was very well cooked. This might have been my fault for cooking the sausages so well before putting them in the oven, but when the instructions say 'brown' the sausages, I never know how brown it means.

Anyway, this was the result served with some mashed potato: 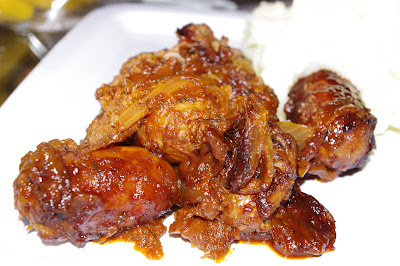 It was quite nice. My fiancé thought that the flavour of the sauce overpowered the flavour of the sausages (which were Sainsbury's Taste the Difference Outdoor-reared Cumberland sausages - normally quite a nice flavour: very meaty) and I have to agree. The sauce is quite strongly flavoured. And, it's not a bad flavour - as I say it was nice, but nothing overly special. Also, 6 sausages and 200ml water in the sauce was about enough for 2. I know we are both a bit greedy, but I'd say you'd definitely need to dilute the sauce more for 4 people (and that probably would have made it taste less overpowering as well!).

I do think that if I'm going to go to the effort of frying sausages, chopping an onion and making mashed potato as an accompaniment, I might as well cook a sausage casserole from scratch. But that may well be because I enjoy home cooking and am confident enough in my cooking to do so; less confident people may be more inclined to go for the jar option.

Disclaimer: I was sent this product for free for review purposes. I was not required to write a positive review, and all views are of course my own.
Posted by Charlene at 08:59 5 comments

Last saturday we arrived home from Guernsey. It was a great holiday and one which included many foodie adventures as well as cultural ones! 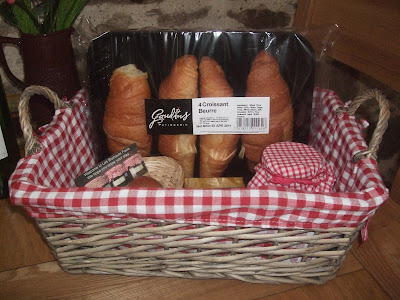 There was also a little shop on site that sold fresh eggs from the farm and homemade jam. 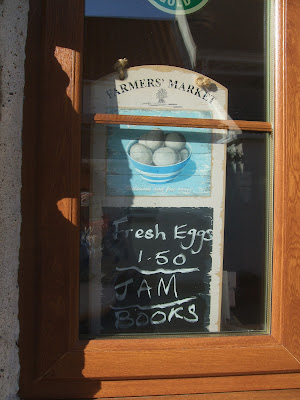 I was impressed by how much local produce was sold in Guernsey - they are very self-sufficient! Many people sell their produce on the road side using a honesty box. I did find purchasing food for home consumption to be a bit more expensive than here, but then there are no really big chain supermarkets in Guernsey (apart from Waitrose, which has recently opened) and a lot of the food was local, so probably not mass-produced on the same scale as on the mainland.
I of course loved the Guernsey milk and butter and ice-cream, which were all very creamy and rich. The butter is so yellow! I will have to see if I can get hold of some over here. 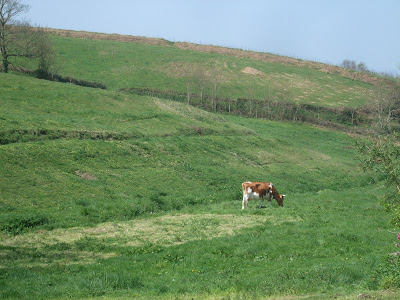 There are plenty of great places to eat out in Guernsey too. Our favourite was the Longfrie Inn, which was a five minute walk up the road from where we were staying. We liked its informal atmosphere and varied menu. The lamb cutlets were absolutely divine. I commented to my fiancé at the time that that particular dish reminded me how good lamb can be - they were as good as any steak I've ever had!
We ate out for lunch a few times at St Peter Port, the capital, which is hustling and bustling with restaurants and cafés. 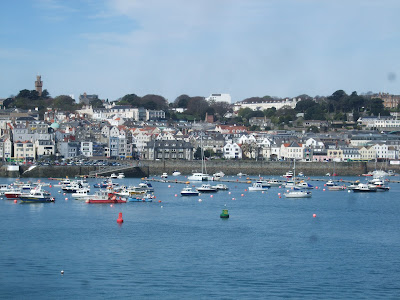 Most places sold fresh Guernsey crab and lobster. I tried the crab and then realised I'm not a huge fan of crab in general!
We also discovered some fabulous tea rooms that sold sandwiches and cake. Mmm, cake. My favourite was probably Hearts Tearoom at Sausmarez Manor. I had the most fabulous ginger cake there and a banana milkshake.
Another very good piece of cake was had at The Pavilion Brasserie. Unfortunately, we never managed to make it for lunch or dinner, because the one day we decided to try there for lunch (Monday), it was closed and then we somehow never made it back until the morning we were due to fly home. Still, we had a damn fine piece of cake. 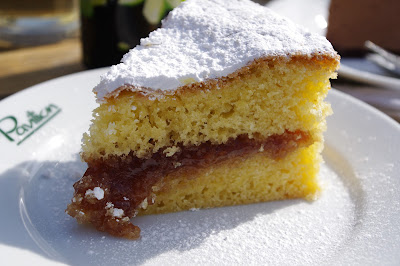 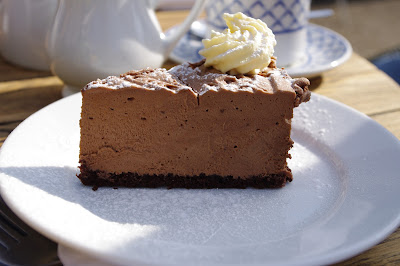 If you would like to see a few more photos of our holiday to Guernsey, please check out my Flickr account: http://www.flickr.com/photos/norfolkian/
Posted by Charlene at 08:33 2 comments

You can now subscribe to my blog via your Kindle should you feel so inclined.

We checked it out on my fiancé's Kindle and it's pretty good - it displays pictures as well (albeit in black and white)!