I arrived home from a holiday to Antigua this week, and while still really rather jet-lagged (over-night flights are punishing!) I wanted to tell you about some of the lovely food I had.

Firstly, I should explain that I was lucky enough to win the holiday to Antigua. I won an all-inclusive 7-night holiday to Sandals Grande Antigua, and we paid to stay on another 7 nights to make a lovely long relaxing holiday. 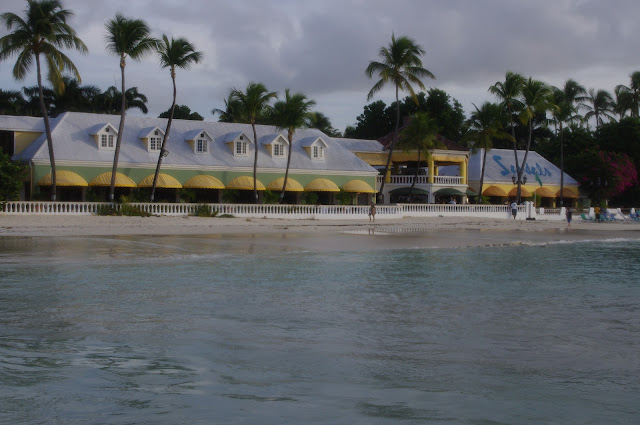 This is the first time I had ever been on an all-inclusive holiday before and, boy, did I take advantage of it. (I didn't realise quite how gluttonous I'd been until I got home and got on the scales...). Not only were breakfast, lunch and dinner included, there were snacks and plenty of drinks to be had too (including cocktails, 'mocktails', beer, house wines and soft drinks).

The various bars did a wide variety of cocktails unique to Sandals as well as all the old favourites. I discovered a penchant for pina coladas, but also very much enjoyed the Sandals Banana Sip Sop, which was like a banana milkshake but with alcohol in it. 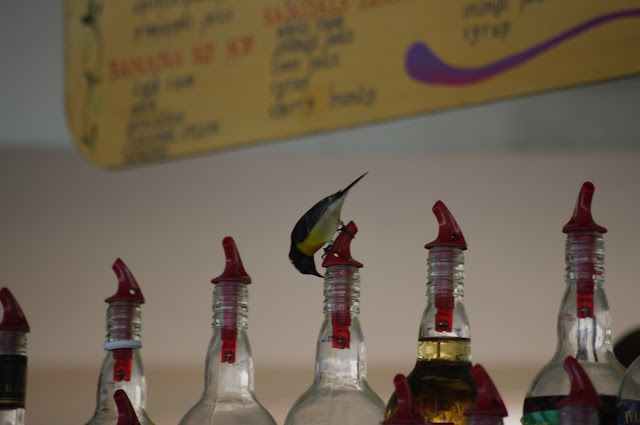 This bird enjoyed the cocktails too... 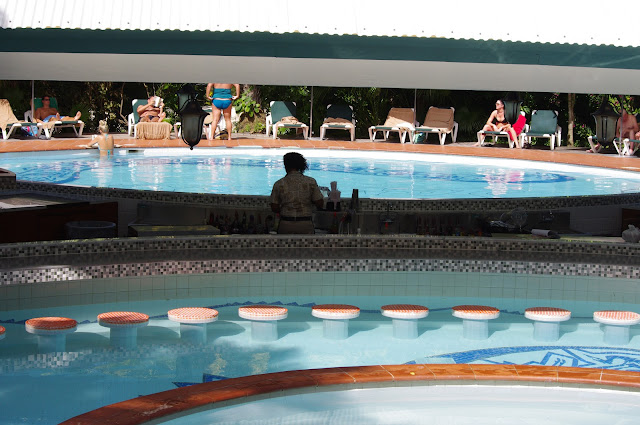 One of the swim-up bars at the resort.

Breakfast was a buffet-type affair. I was impressed with the range of items available. There was everything from fresh fruit to sausages and bacon to pancakes. I was a fan of the baked beans, which tasted homemade rather than from a tin, and the same with the hash-browns. I also enjoyed the nods to more local cuisine, including Jonnycake, Escoveitch fish and fried plaintains.

There were a number of different restaurants open for lunch and dinner. Our favourite lunch spot quickly became Barefoot by the Sea, as it did a variety of salads, sandwiches and some more local foods such as Antiguan Jerk Chicken. We also liked the pizzeria, which had a wood-fired oven, and served some very tasty pizzas. We tried the lunch buffet once, but found it a little uninspiring.

For dinner there were three restaurants which required you to book a table, and a few which you could just turn up at. Out of all the restaurants for dinner, two stood out for us, both of which you had to book.

Firstly, there was Eleanor's, serving Caribbean cuisine. I liked this restaurant for obvious reasons. When I am holiday, I do like to try some of the local cuisine. Highlights for me were the lamb curry (I love Caribbean-style curries - there's something about the mixture of sweet, savoury and spice which is very appealing) and the starter of Red Bean Soup, which was the perfect blend of meaty and salty - I could imagine eating a large bowl on a cold evening. I will have to try and find a recipe.

Next, there was Kimono's - a teppanyaki restaurant. 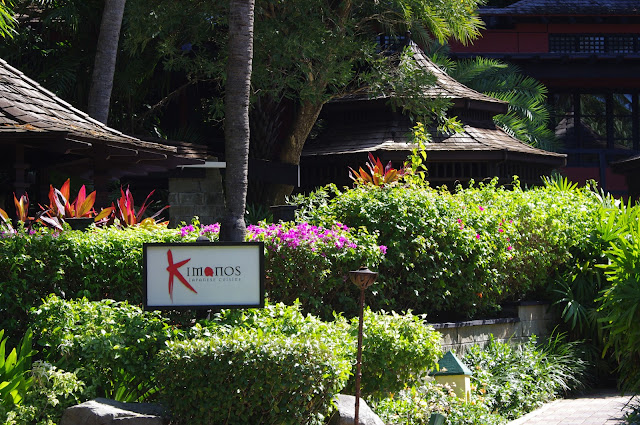 The food here tasted amazing. You chose a starter and a soup or salad and then were served a small(ish) portion of each of the three different mains on offer by the teppanyaki chef who cooked the food in front of you. The chef's name was Suga (pronounced 'suger') "aka Mr Lover Lover" and not only did his food taste wonderful, he was also a great entertainer. His talents also extend to singing, using his spatulas as percussion instruments and generally cracking jokes and making everyone laugh. This is a restaurant with great atmosphere as well as great food. I loved the salmon with garlic butter and lime and the orange chicken.

Other restaurants weren't quite as memorable but they all served pretty good food. The Bayside restaurant sometimes did themed nights, and Steak Night was truly excellent - I've never had a better Ribeye - and it was massive too! No wonder I gained so much weight...

My next post will be about food and drink that we consumed outside of the resort (which wasn't a huge amount given that the all-inclusiveness of the resort, but definitely worth its own post.)