Nigel Slater Dish of the Month: A soup of bacon and celeriac

It's quite surprising that I've never taken part in Farmersgirl Kitchen and A little bit of heaven on a plate's Dish of the Month before considering how much I enjoy cooking Nigel Slater recipes. Just another one of those things I've never got round to yet, but suddenly felt inspired to join (Can you tell I have a dissertation deadline coming up?!).

This week, I got a celeriac (such an underrated vegetable!) in my veg box and decided I wanted to make a soup with it. I've made this recipe before, and enjoyed it - it's a good one if you like the fragrant smell and taste of celeriac.

I knew the veg-phobic husband would not be so keen on that particular recipe though, so I was searching around my cookbooks, when I found a recipe for 'A soup of bacon and celeriac' in The Kitchen Diaries II (p. 7); and I thought the addition of bacon and wholegrain mustard would help make the soup more palateable for my husband, as well as making a tasty meal for me!


As you can see from the picture, the result was a slightly brown concoction - not the most appetising looking of soups, but it was very flavourful (I loved the addition of bacon and mustard!), as well as being thick and creamy.

I pretty much stuck to the recipe, adjusting the quantities a little as my celeriac was quite a small one (plus, I am rubbish at chopping the skin off and usually end up cutting off half the celeriac as well...). I only have a stick blender, and knowing my husband's preference for thick soups, I just blended the whole thing rather than blending just half in a blender as the recipe suggested. If I make it again (which I might well do) I might add a peeled and chopped potato or two in with the celeriac as well to bulk it out and make it go further.

A hearty and warming soup for a chilly day. Thanks, Nigel. :) 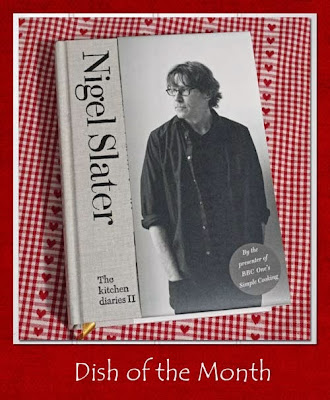