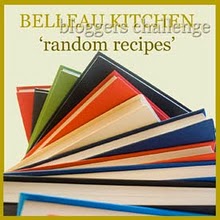 Hello all! It's random recipes time again, and this month's challenge was to randomly pick a cookbook we got for Christmas and then randomly choose a recipe from said book. My job was made slightly easier this time by the fact that I only got one cookbook for Christmas this year, which was a Marks & Spencer book called The Vegetable Bible. I randomly opened the book on page 126, which gave me a recipe for Traditional Tuscan Bean & Cabbage Soup.

This is a soup made from carrots, celery, cannellini beans, and cavolo nero - a nice winter-warmer type of soup.

I changed a few things in the recipe to suit my own tastes and partly according to what I had in the fridge/cupboards. 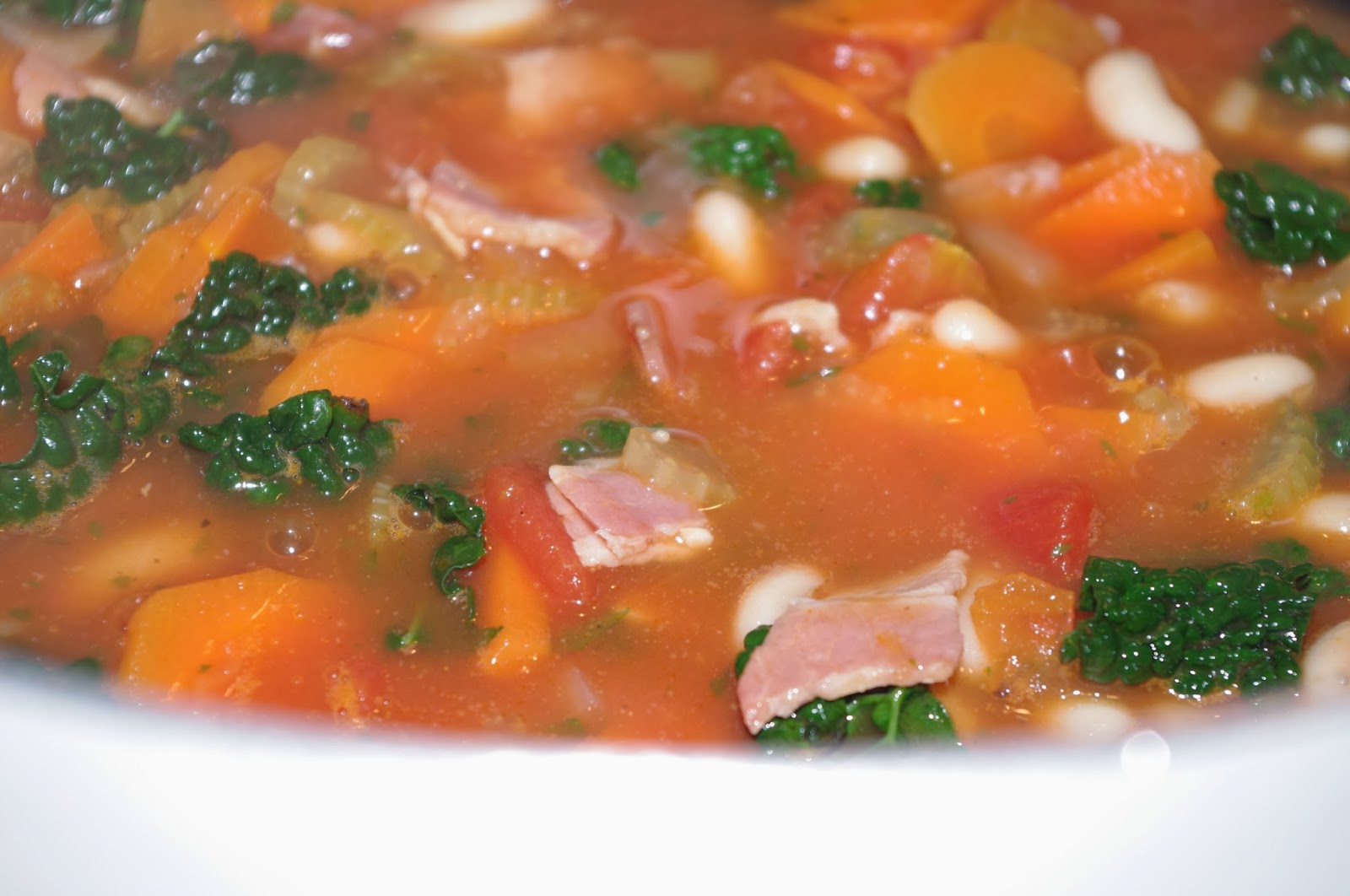 As I had some bacon in the fridge, and because bacon makes everything better, I decided to add some chopped bacon at the beginning and used its fat to fry the rest of the vegetables. I used tinned cannellini beans rather than dried, because I don't have a problem with using tinned beans and they take a lot less preparation... I also didn't blend half the beans as the recipe suggests - I just chucked them all in the pot. And instead of stirring in some 2-day old ciabatta loaf, I heated some ciabatta in the oven, sliced it and served it on the side. It made a lovely accompaniment.

Overall, this was a very tasty soup (enhanced by bacon), that made a filling meal along with the ciabatta. I have made similar soups before, and find they are a good way to pack a lot of veg into one meal!

I wonder what next month's random recipes challenge will bring...