Las Iguanas is a chain of restaurants serving Latin American food, and the Leamington Spa branch opened recently. We were invited to try out the food, which we did last weekend.

I liked the decor of the restaurant and the atmosphere was relaxed and friendly. The staff were very helpful and attentive. They gave a good explanation of the various offers that were on and made sure that everything was ok at each stage of our meal.

Given that we arrived just before the end of happy hour, we decided to start our meal with a cocktail each. We chose a pina colada (£6.70) each, which with the buy one get one free happy hour deal was a bargain! It was a good pina colada too - not too thick in texture like some pina coladas are - cool and refreshing for a muggy summer's evening. There are some other amazing-sounding cocktails which do not come under the happy hour deal, so I feel a return visit may be in order at some point!

We ordered a bottle of Chilean red wine with our meal - my husband felt it was a little pricey compared to its quality (£21.60), but I found it very enjoyable and drinkable. I was impressed that the bottle had been warmed before being served to us!

For starters I chose the bread and olives (£3.95). Perhaps not the most exciting dish, but my love of olives gets the better of me sometimes. There was a lot of bread included - I think this would be a good dish for sharing! The olives were good - very soft in texture. 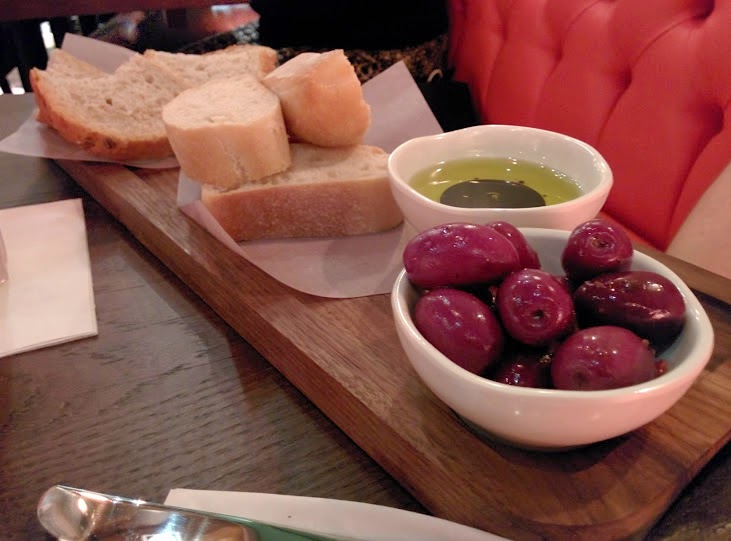 My husband had the Panajillo (£3.30) - a kind of garlic bread with coriander and chilli added. He liked the additional spices, making it a bit different from traditional garlic bread. 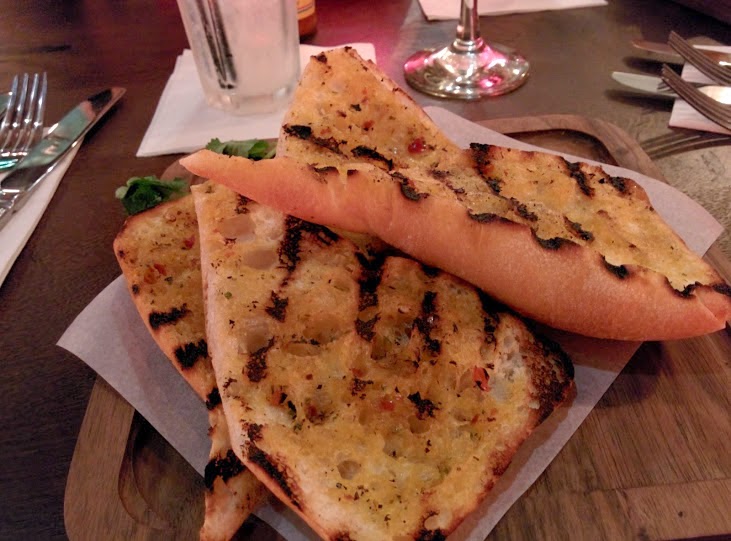 When it comes to main meals, there is plenty to choose from (perhaps a little too much choice even). You can have a tapas style meal, a Mexican main meal, a Brazilian meal, or something from further afield. I opted for a Mexican dish this time but I would definitely like to try one of the Brazilian dishes another time - they sound delicious!

I opted for the barbeque and shredded jalapeno steak burrito (£10.95) on this occasion - it was huge! 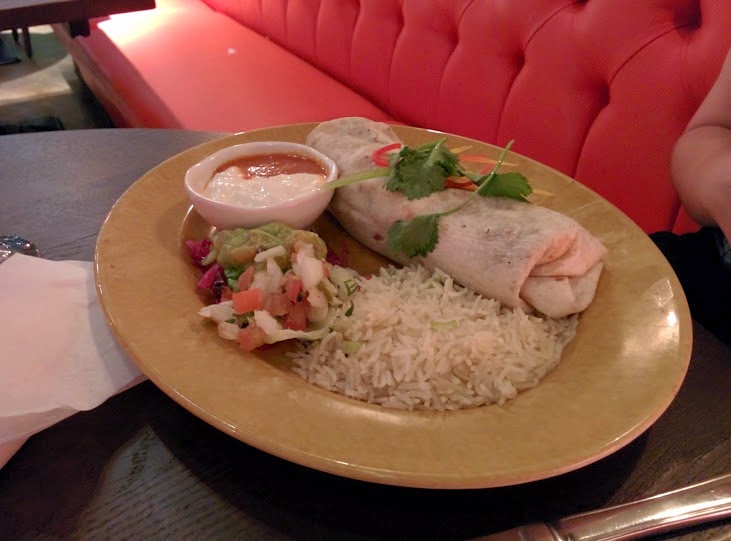 It was at this point that I began to realise that perhaps the starter had been a mistake... The burrito was tasty, although perhaps a little stodgy (although I suppose that is the nature of burritos). It took a little while for the flavour to hit and at first I was finding a little bland, but eventually the spices started to come through. I liked the spring onion and garlic rice - it was a nice accompaniment. I do wish there had been slightly more guacamole on the plate, though (purely because I love guacamole). I have perhaps had better burritos, but this one certainly wasn't bad.

My husband went for something from the grill section of the menu - the steak Churrasco Fiasco (£14.50). The steak was well cooked, although my husband found it a little too spicy for his palate - but I think that might go for Latin American food in general for him, as he generally doesn't tolerate chilli heat as much as I do! 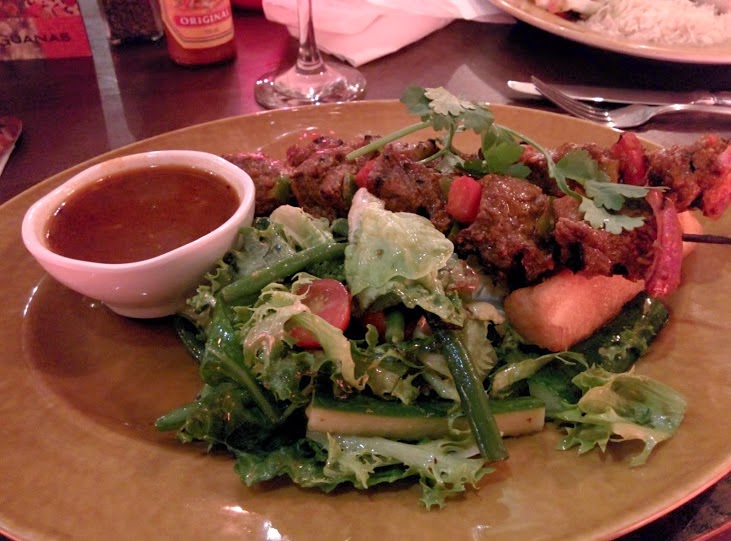 I was just about to burst from all the food at this point, but it seemed a shame not to try a dessert, particularly as they had churros (£3.50 for 3 or £6 for 6) on the menu. We ordered six to share, although I think I only managed one. They are pretty big, though, and were definitely some of the best churros I have had - very, very crispy and both the dipping sauces (chocolate ganache and dulce de leche) were delicious, although I liked the chocolate one best. 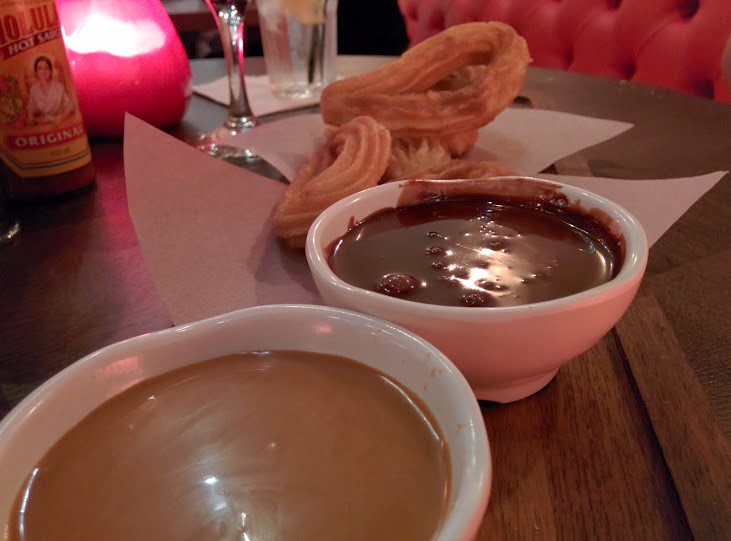 I also decided to have an after dinner drink to accompany the dessert - a rum hot chocolate, which was as yummy as it sounds.

Overall then, this was a good meal, and we'd definitely be willing to return and try some different dishes from the menu, although perhaps I would order slightly less food next time! The prices are on the whole reasonable, the staff are friendly and helpful, the food is tasty, and there is even a separate vegetarian menu if you prefer not to eat meat. Just make sure you are very hungry before you visit!

Disclaimer: We were given a discount on the meal for review purposes. I was not required to write a positive review, and all views are of course my own.